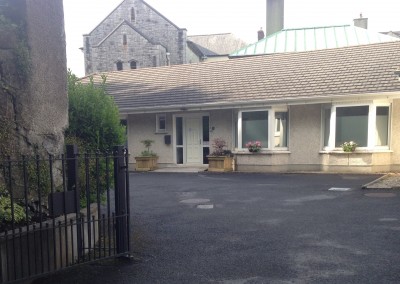 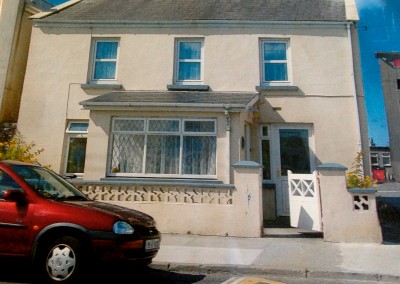 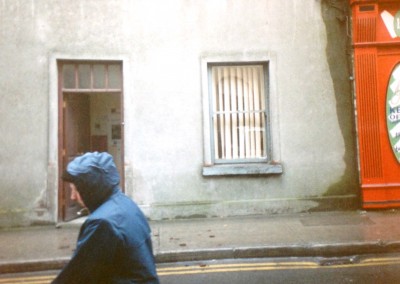 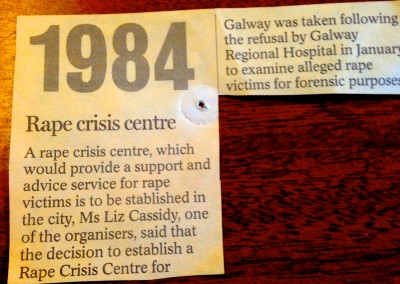 GRCC’s vision is of a just and equal society where everyone has the right to live free from sexual violence and abuse.

GRCC is dedicated to providing a professional, caring and confidential counselling and support service for those in our community affected by sexual abuse and sexual violence.

We also work towards ending cultural and societal tolerance  of sexual violence through advocacy, awareness raising and education programmes.

The Galway Rape Crisis Centre was founded in 1984 by a group of women in the Galway community who were concerned about the lack of services for survivors of sexual abuse and rape. The response to sexual violence and abuse arose largely out of the feminist movement in the eighties, where women got together in groups and many disclosed their traumatic experiences.

In 2006, Galway Rape Crisis Centre incorporated the services of MASC at our own premises, and we now sees male clients and employs male staff.

For fifteen years Galway Rape Crisis Centre was the only organisation in Galway providing such support services. Initially all services were run on a voluntary basis, until, in the late eighties, grants were secured from the Health Board funding a certain amount of paid hours.

Since then the Centre has grown to become (after Dublin) the second largest Rape Crisis Centre in the counrty. Currently employs 12 part-time staff, and also has 17 volunteer counsellors as well as numerous fund-raising and support volunteers.

Starting in the late nineties, GRCC has undergone a process of organisational change. The Centre moved from the original collective structure to operating under the direction of a Board of Management. This was to comply with not alone best practice in the sector but also to comply with the charities regulations and ultimately we are working towards completion of the governance code.

GRCC is an active member of the Regional Planning Committee working on the Taskforce on Violence Against Women. Here the centre works on a regional level, along with other non-governmental organisations and statutory agencies, to improve services in the area of violence against women.

GRCC, as a charitable organisation has a responsibility to provide and follow a code of good practice when it comes to how the organisations is run. GRCC has adopted the principles of the Governance Code. This means that GRCC has put in place policies and procedures that will help make sure the organisation run effectively.

GRCC as an organisation adheres to Children First: National Guidance for the Protection and Welfare of Children

GRCC is a Prescribed Organisation under the Withholding of Information Act 2012. Galway Rape Crisis Centre’s new premises was opened by Garry Hynes, our patron. Garry Hynes founded Druid Theatre Company in 1975 and has worked as its Artistic Director from 1975 to 1991, and from 1995 to date. From 1991 to 1994 she was Ar­tistic Director of the Abbey Theatre, Dublin.

Internationally, Garry has worked with The Royal Shakespeare Company and The Royal Court (UK), and with Second Stage, Signature Theater and Manhattan Theater Club in New York; with The Kennedy Center in Washington D.C and with the Spoleto Festival (USA).

Awards include; a Tony Award for Direction for The Beauty Queen of Leenane (1998), the Joe A. Callaway Award for Outstanding Direction for The Cripple of Inishmaan by Martin McDonagh (2009), a Special Tribute Award for her con­tribution to Irish Theatre (2005), and Best Director at UK Theatre Awards 2012. In December 2010, Garry was appointed Adjunct Professor of Drama and Theatre Studies at her alma mater, NUI Galway.